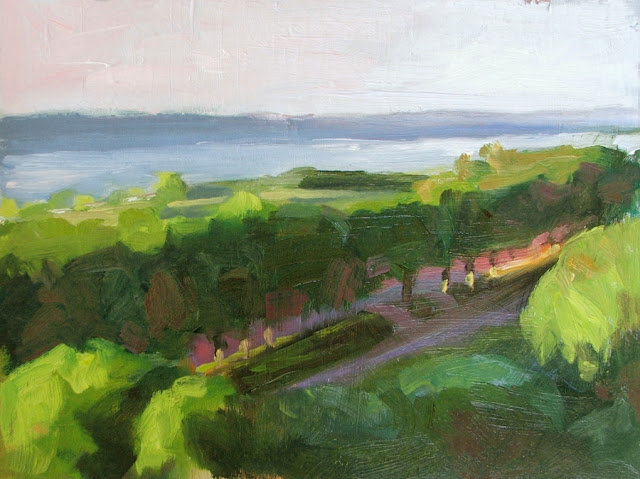 9" X 12", o/cp
My husband was in Quebec City for a conference, and sent me photos from his hotel room so I could see what he was seeing.  Beautiful area, especially at sunrise.  I zoomed into those photos and painted scenes as if I were there, which was a nice way to feel like he wasn't so far away.
Posted by kathrynlaw at 6/30/2011

End of the Road Trip 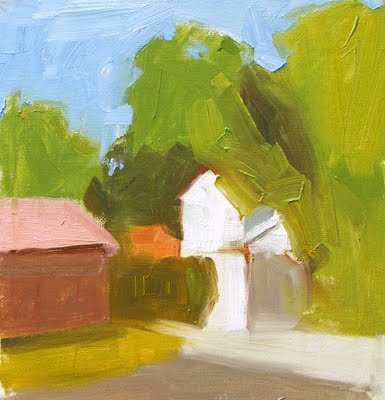 8" X 8", o/cp
Returning to California, we explored the east side of the Sierras and stopped for the night at a motel in a residential neighborhood.  The sun was low and lit up these trees and that white building, and I focused on getting the color notes without defining the shapes too much.  This is my favorite painting of the trip.
Posted by kathrynlaw at 6/22/2011 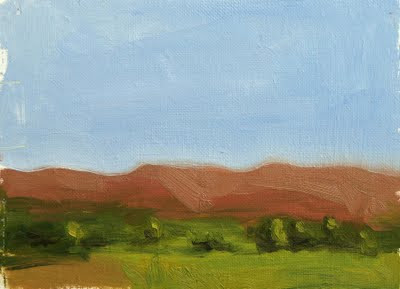 6 X 8" o/cp
Heading east from Vale, Oregon into a cloudless sunny morning, the green of the fields and trees was beautiful against the red grass that grows on the hillsides.  In Idaho, the shades of green seemed more numerous: 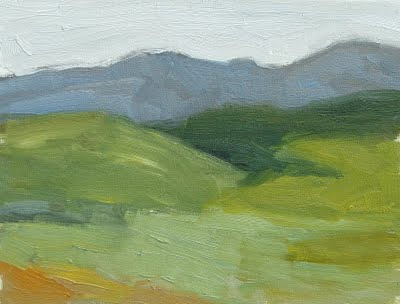 6 X 8", o/cp
Then in Salmon, a sketch of a farm with alfalfa fields and the still-snowy mountains around the valley: 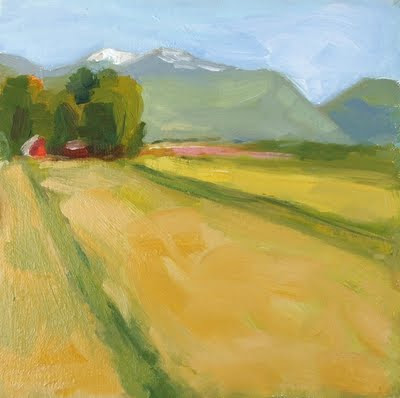 Heading east through Oregon toward Idaho, we had to cover a lot of distance each day.  There wasn't time to stop and paint, so I did more small paintings with the paintbox on my lap as we drove.  This was a lot more fun than I thought it would be. 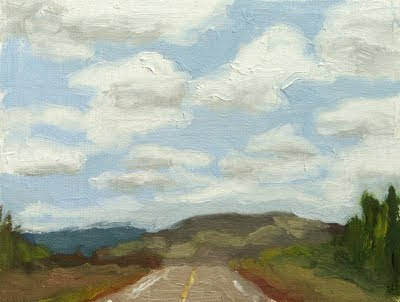 6" x 8", oil/canvas panel.
East of Crater Lake, cloud shadows on the distant hills.  Sometimes a scene (like this one) was unchanged for long enough that I could pretty much quickly paint just what I saw.  Other times, I'd create a "composite" scene--foreground, then distant hills from further down the road, then a tree from further on.  The one below was created that way: 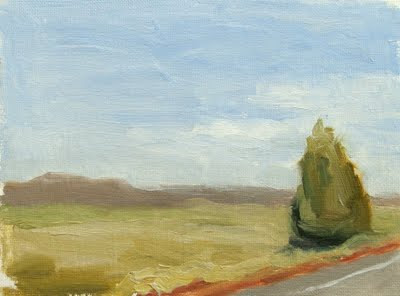 6 X 8" o/cp
The colors are very muted and the soil is very red in much of eastern Oregon, and visible along the shoulder and hillsides.  Beautiful.

In eastern Oregon, we stayed overnight in Vale at: Yep, that's the name, but NOT to be confused with: 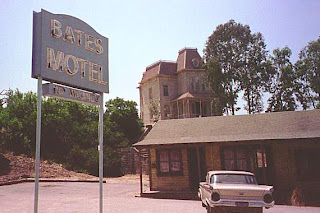 from this iconic movie.  Even though they are almost certainly contemporaries in time, our Bates Motel is an original from (probably) the 60's, still owned and run by people actually named Bates.  A virtual time capsule, featuring a kitchen appliance I'd never seen before, combining a sink, three electric burners, and a refrigerator (where you'd expect to find the oven): 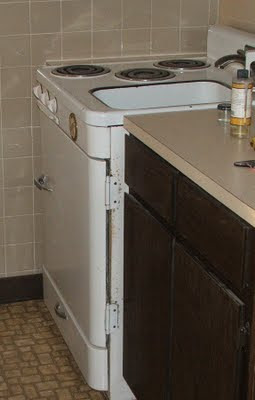 That is indeed my bottle of M. Graham walnut oil on the counter, and not for cooking...
Posted by kathrynlaw at 6/19/2011

Somewhere north of Shasta, as the storm clouds were breaking up. 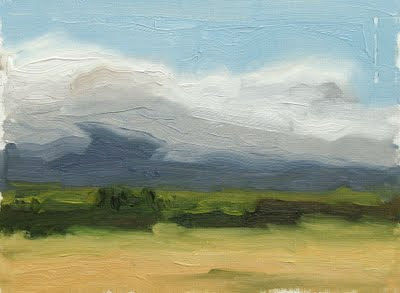 Clouds obscured the top of the mountains. Those bands of color were beautiful.
Posted by kathrynlaw at 6/16/2011