Here are the second and third in the series of portraits. In these difficult times, portrait painting makes me feel more connected than anything else to my fellow humans. 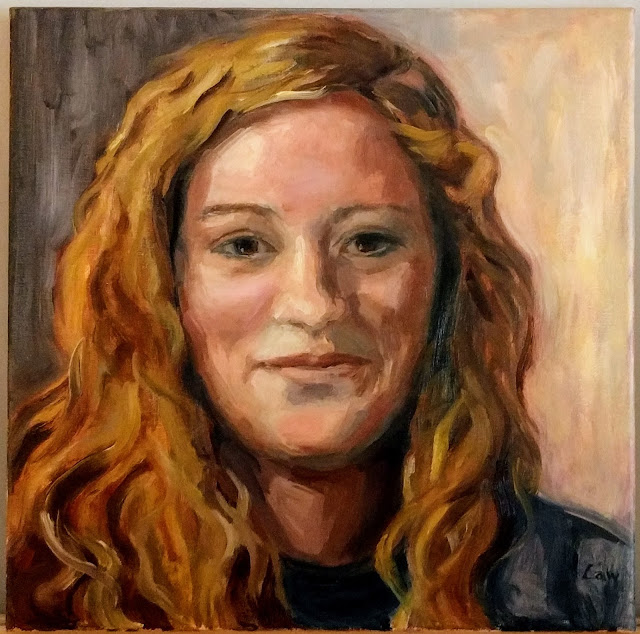 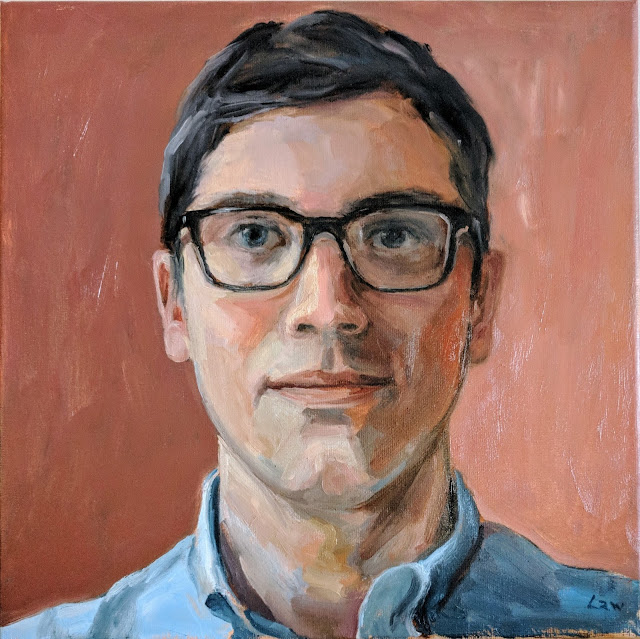 Here is the final image of my rendition of Van Gogh's Roses. I learned a lot about how he applied paint, especially as I worked the last stages. Much of what I attributed to the difference in paint texture was actually due to the manipulation with the end of the brush handle--some passages he didn't even apply with a brush, just drew them in with the end of the handle. That was a revelation. 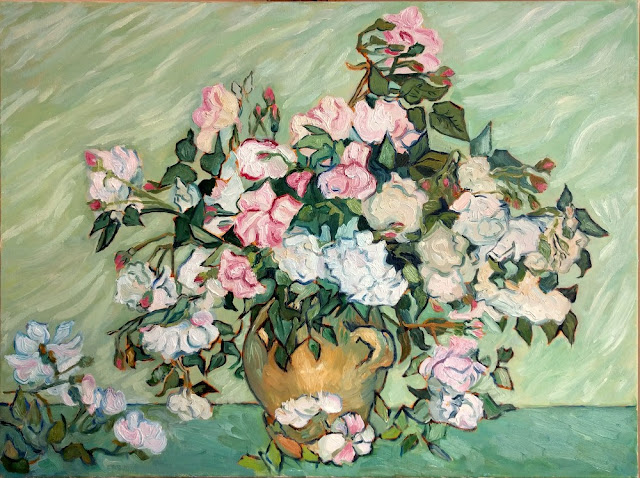 My next project is pretty much the other end of the spectrum from Van Gogh. Jan Lievens (1607-1674) was a contemporary, friend, rival, and studio-mate of Rembrandt. He was very successful during his lifetime, but fell into relative obscurity afterward for various reasons. His work is incredibly luminous, like Rembrandt's, and in fact much of Lievens' work was attributed to Rembrandt for some time. Finally emerging from Rembrandt's shadow, Lievens has gotten the credit he is due.

Here is a self-portrait from about age 20, when he was considered a prodigy: 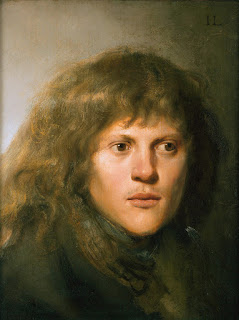 Lievens and Rembrandt both painted many character studies, known as "tronies". The painting that I'm working from is one of them: 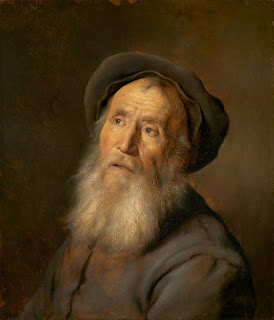 This is "Bearded Man with a Beret", from circa 1630, approx 21 X 18 inches. The description on the National Gallery website can be found here, as well as a high-resolution image that you can zoom in on to see the astonishing detail:
https://www.nga.gov/Collection/art-object-page.131993.html

This painting is on wood panel, so to approximate the smooth surface, I'm using Gamblin Oil Ground over gessoed smooth canvas. The surface of the wood panel shows through in areas where Lievens carved out shapes (more about that later), so I toned my surface to roughly that color.

It's difficult to see in this photo just how much the painting seems to glow in real life. The skin is luminous, the eyes glisten, it's a masterful work. Lievens' glazing technique utilized a lot of the underpainting in an intense burnt sienna or earth red, showing through the thinly scumbled layer glazed over it. This is perhaps most visible in the chest area, where the grey of the garment is laid in very thinly, as is the deep umber of the background. For the first two sessions, I've worked on laying out a correct drawing on my canvas, and glazing an underpainting, trying to "reverse engineer' how Lievens established his values and what colors would show through where.

Here's a shot of my setup, halfway through the second session: 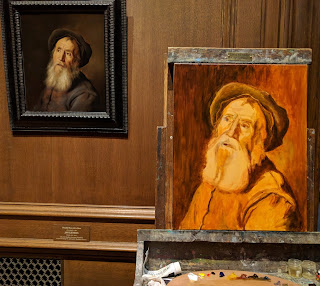 And at the end of the day: 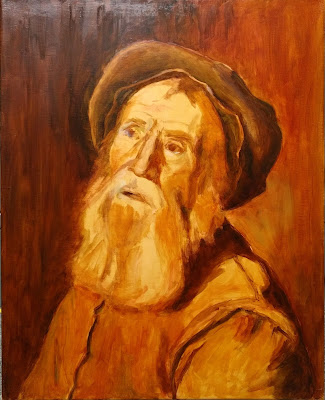 I see corrections to the drawing that still need to be made, and since so much of the underpainting shows in the finished work, it really needs to be correct from the ground up.