Here are a couple small works that I never posted last fall when I did them. 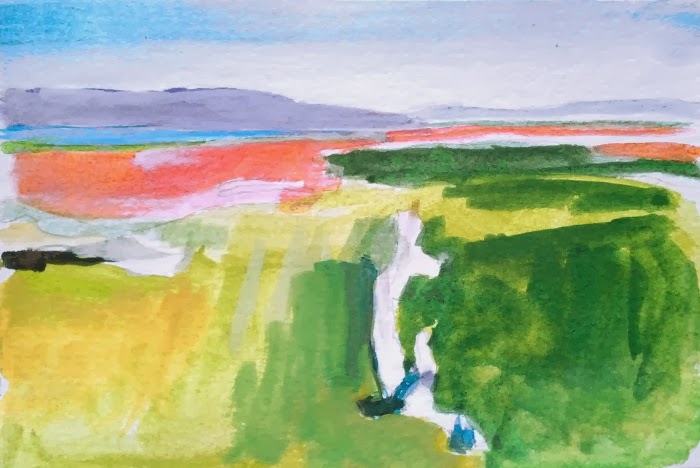 Abstracted view of a saltwater marsh--started as an underpainting, but stopped at an interesting point.
6 X 8", gouache on paper 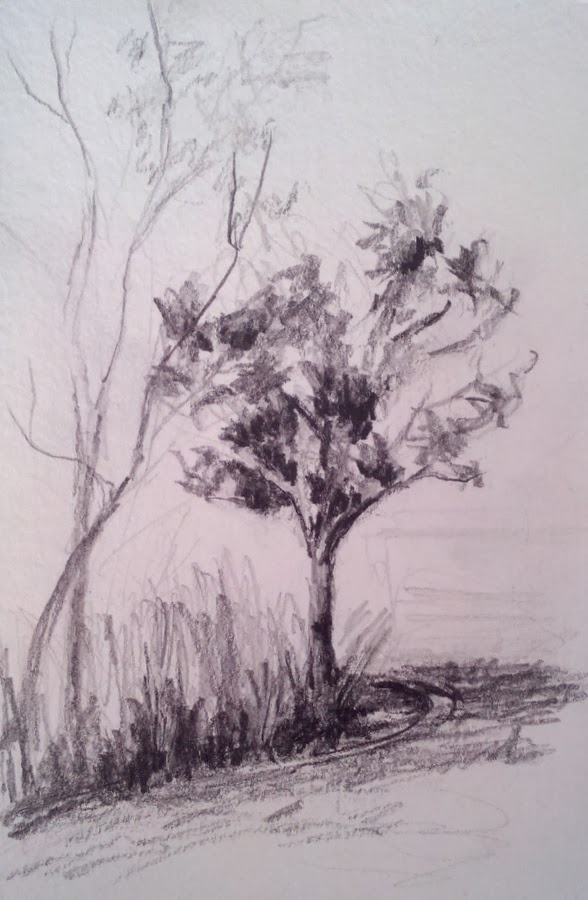 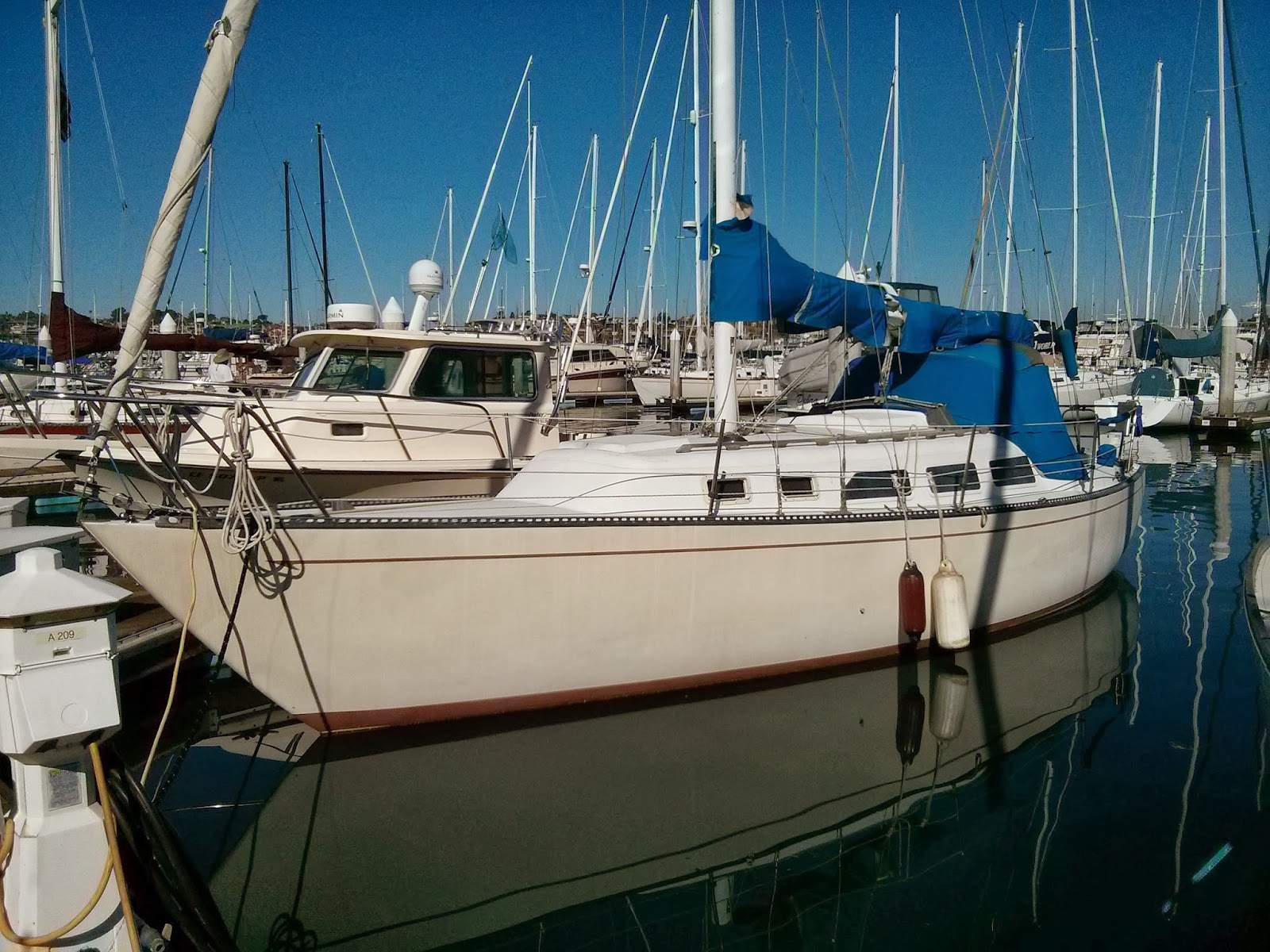 It's a 1978 Ranger 33 sailboat.  Twenty two years ago when my husband and I were first married, we lived aboard his Ericson 30 sailboat for nearly a year.  A true test of compatibility, which I'm happy to say we passed with flying colors.  We had to move back onto land when family issues and graduate school intervened, but promised each other many times that one day we would again live aboard and cruise a sailboat.  More than two decades later, the time has come. The last four months have been *consumed* by the search for a boat, and this is the one.  She has a very interesting story of her own, and now she'll become part of our story.  We have named her "Promise."

I'm looking forward to having time for something besides boat-hunting.  I can finally get back to work!
Posted by kathrynlaw at 2/01/2014