Here are some paintings from the first week.  The air was hazy from nearby wildfires, which are dissipating now for the moment.  The colors in the landscape right around Albuquerque are surprisingly subtle, not what I expected.  For one thing, the Sandia Mountain range was given the Spanish name for "watermelon", commonly interpreted as referring to a reddish color.  Actually, the naming probably referred to what the Spaniards thought were watermelons growing nearby (in fact it was squash).  These mountains are very dull in local color, though the effect of sunlight through the hazy atmosphere gave them a soft beauty. 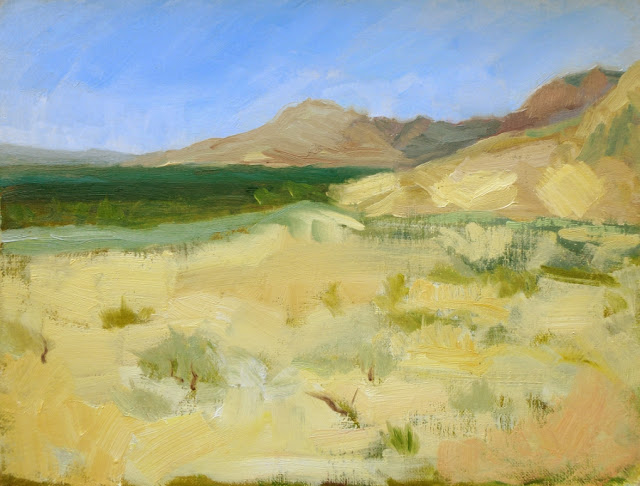 It's been extremely hot, with strong afternoon winds.  The monsoon season will start soon, and things should cool off a bit. 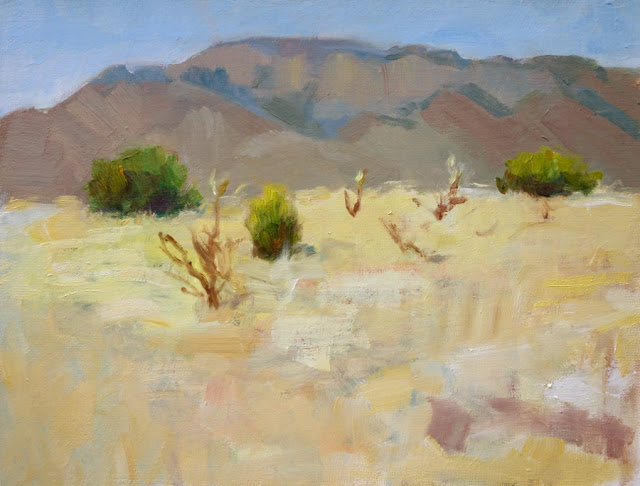 Both of the above scenes are right at the edge of residential neighborhoods which are expanding right up to the foot of the mountains.  The one below is from a forest service road at the entrance to a recreational area, at the northern end of the Sandia range. 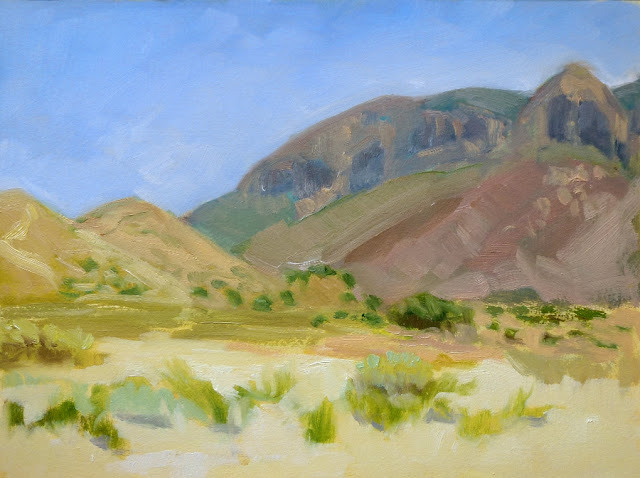 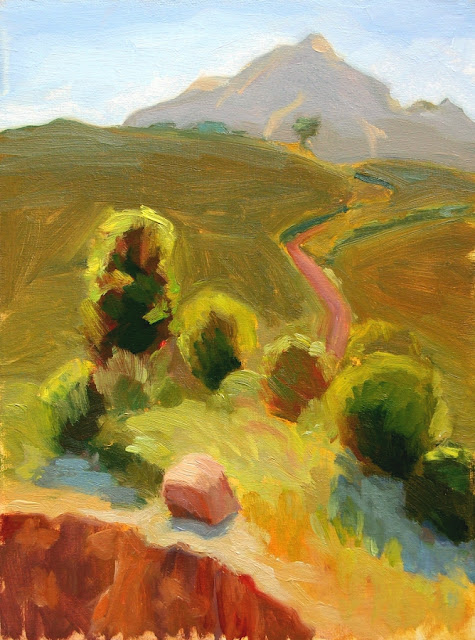 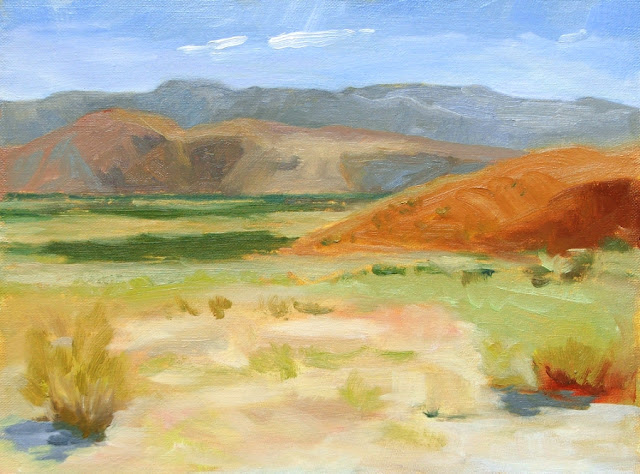 9 X 12, oil on canvas panel.  A recent trip to the Anza Borrego desert east of San Diego, on a very windy and beautiful day.  It was calm when I started this, but within half an hour the winds had increased to the point that it was difficult to hold my upper body still enough to make a decent brushstroke.  A panel any larger would have been a kite!